The juniors from Lane Cove Football Club were delighted to get a visit on Tuesday 10th May at Blackman Park from two of the stars from Sydney FC!

David Carney who has played 48 times for Australia and Andrew Hoole one of the up and coming stars of Australian football spent an hour mixing with the kids, taking Q & A, signing autographs and showing a few of the skills they have picked up since they were juniors. David and Andrew were warmly welcomed by the enthusiastic crowd of 6 – 10 year-olds who tested them with some probing questions. They confirmed they do expect to win both the Asian Champions League and the A-League in the next 12 months!  Sydney FC certainly swelled its supporter base during the visit and we look forward to having them back next year. 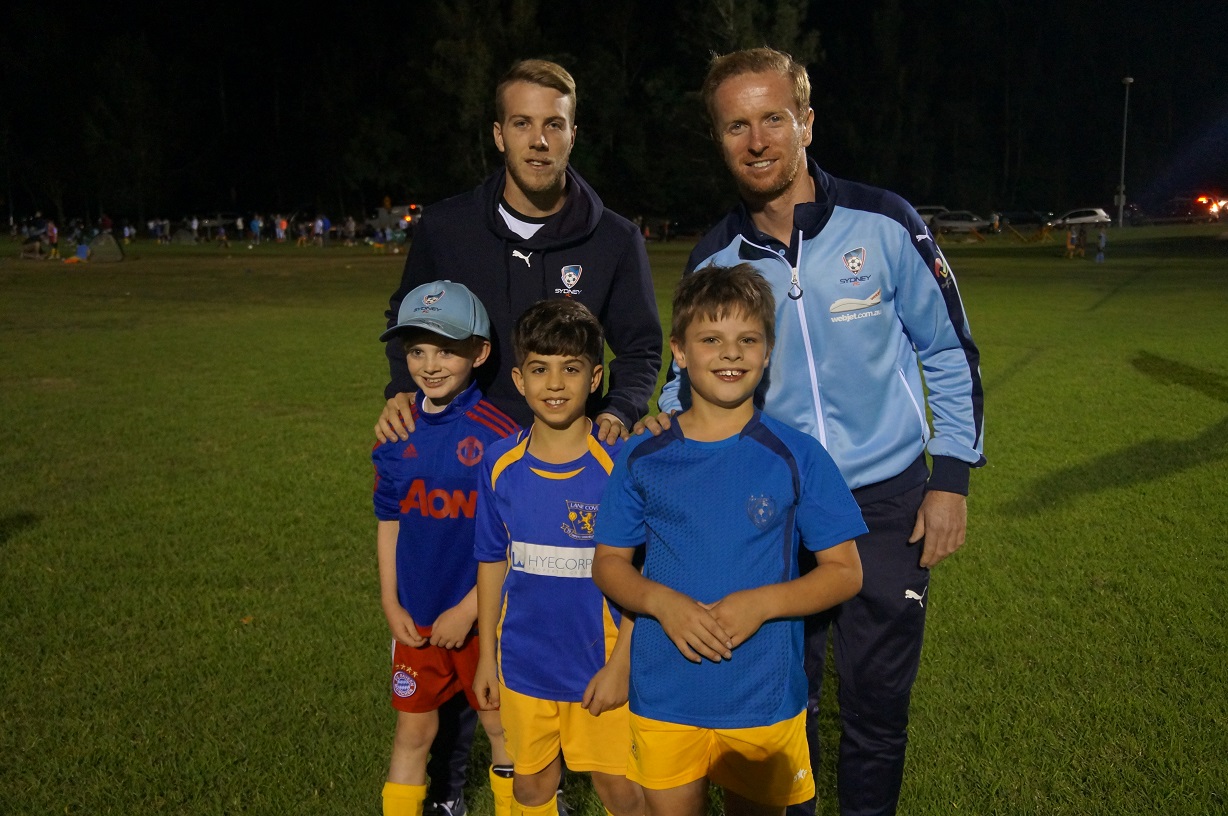 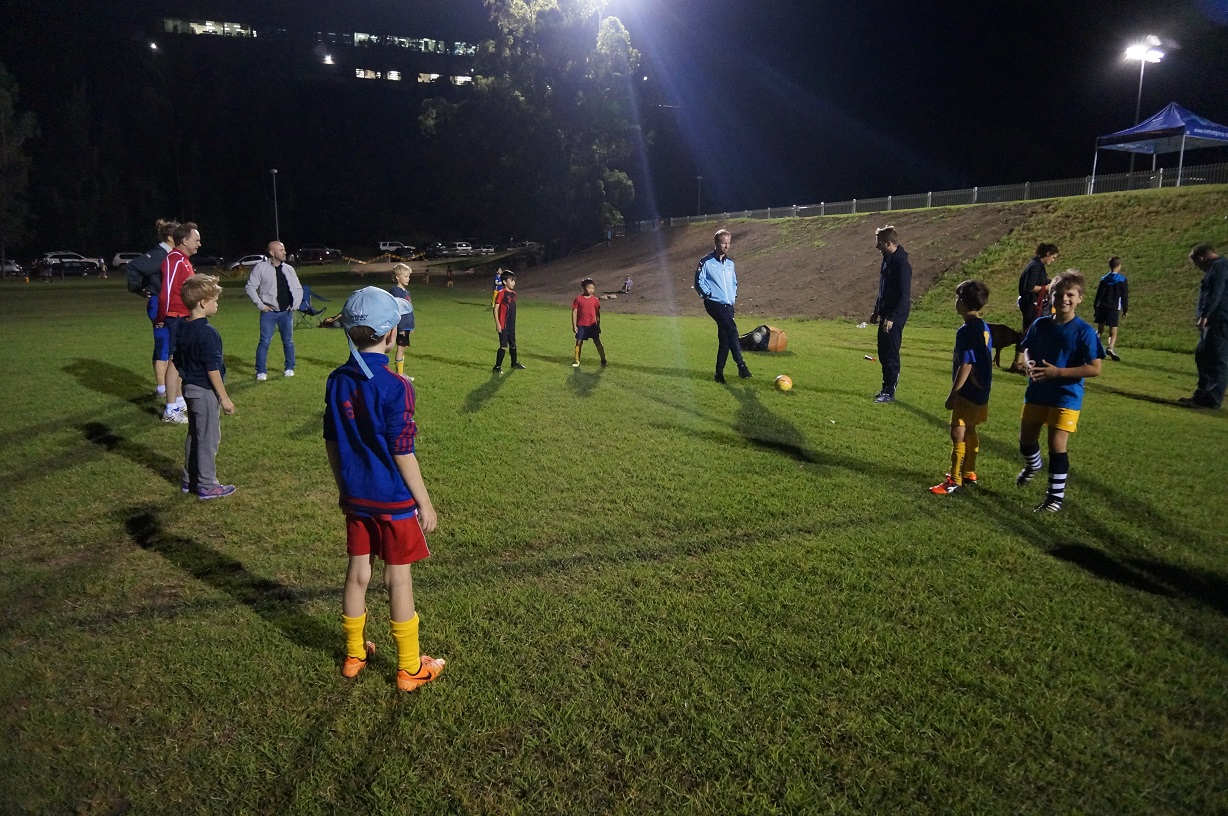 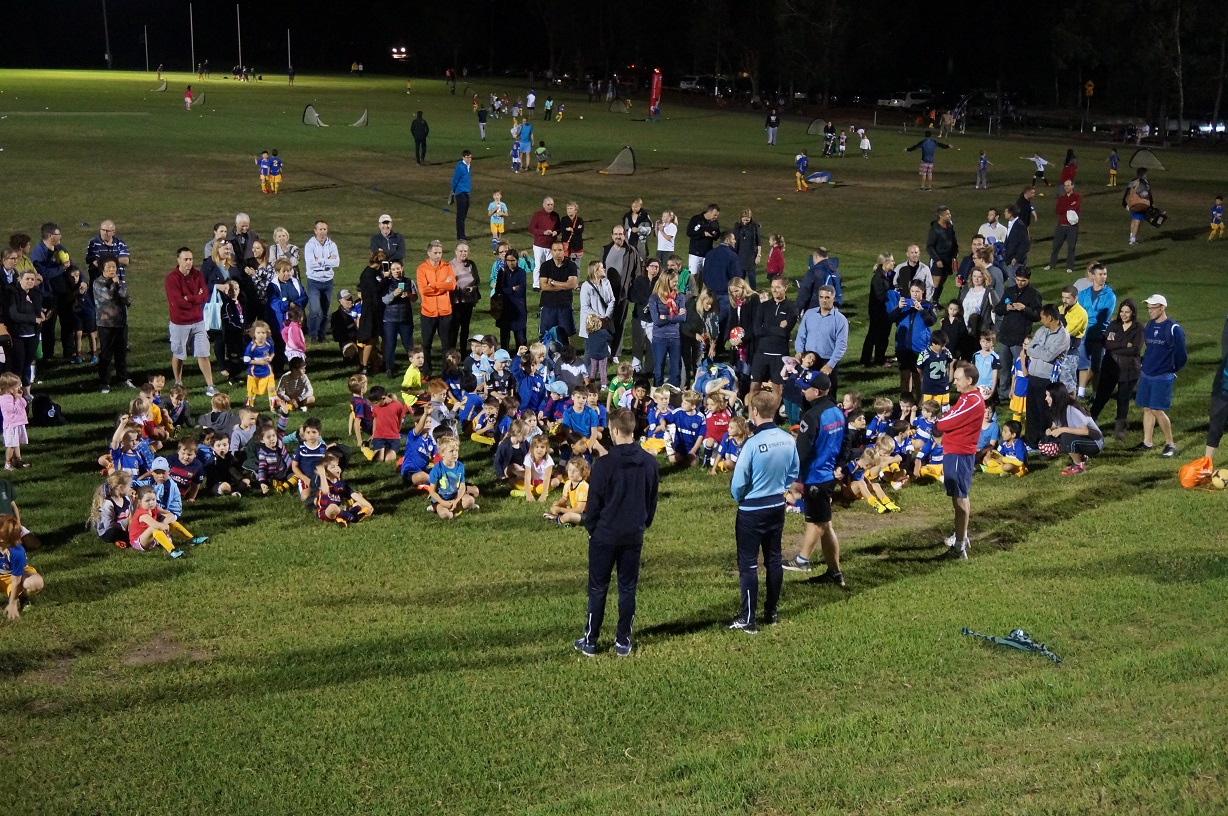 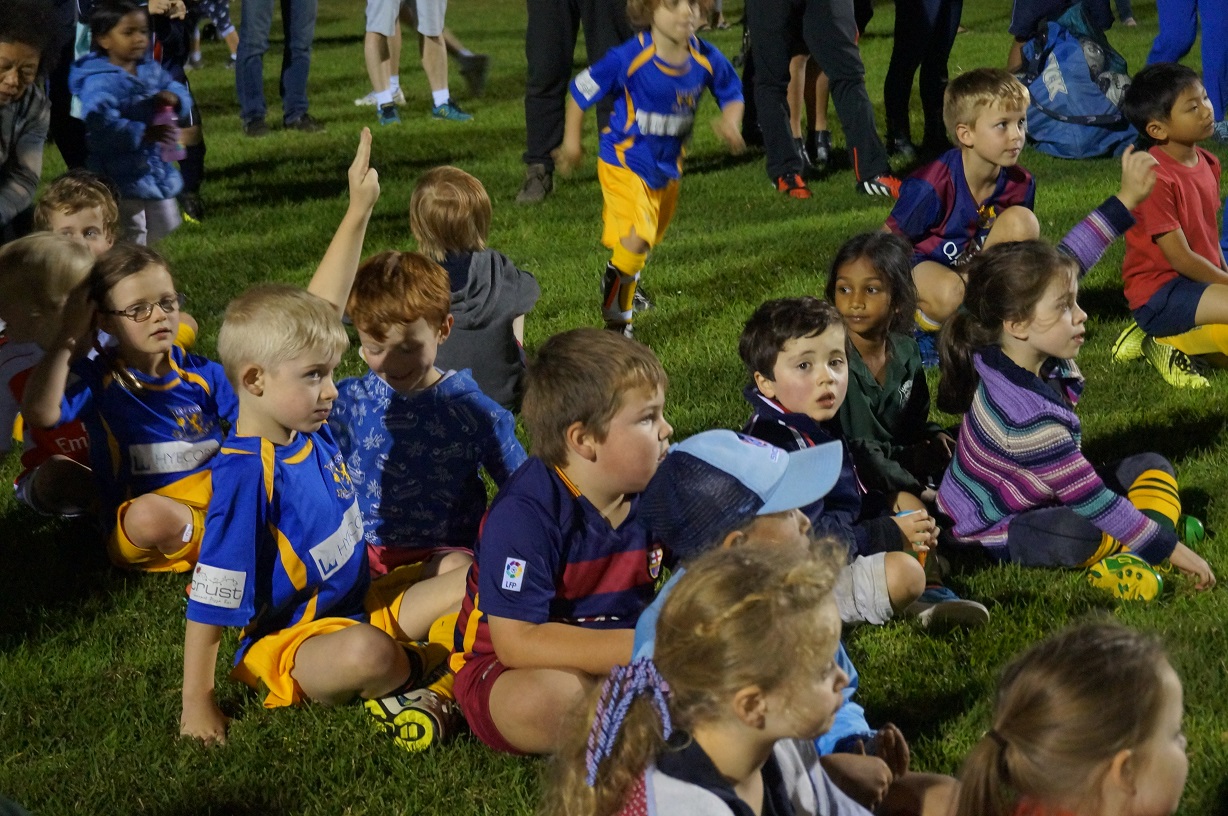 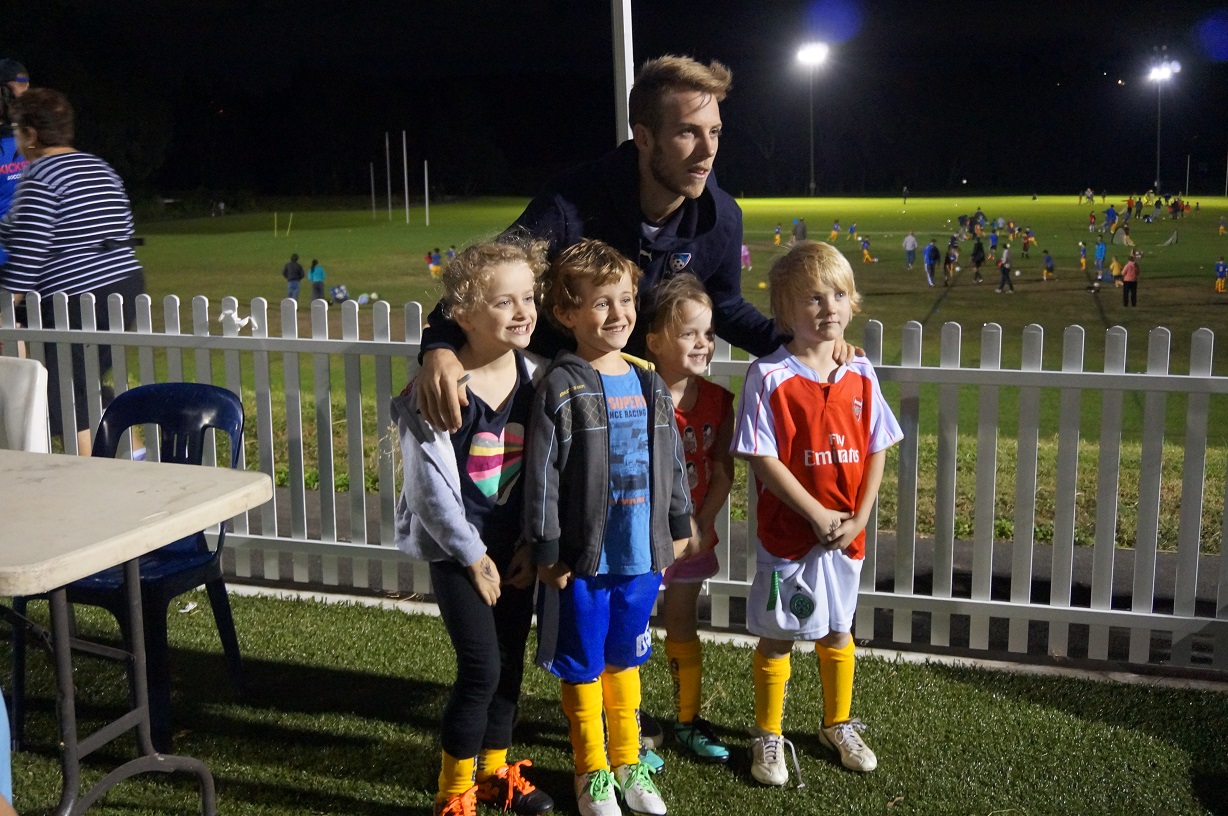 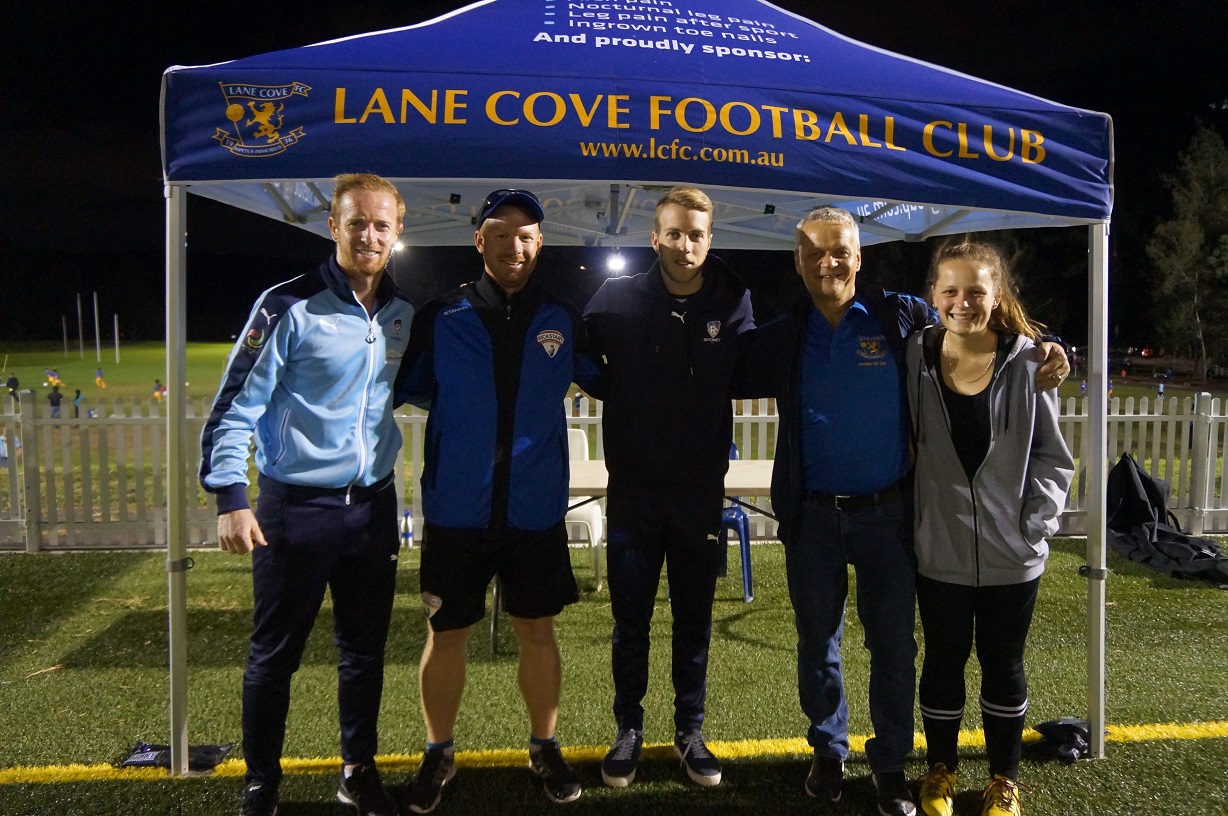