SUMMER FOOTBALL is a wonderful way to keep playing Football until the end of 2017 and have a lot of fun team building!

There is also WALKING FOOTBALL for the 50-80 age bracket at Blackman Oval.

Season Commences: 11th September until 14th December 2017
(There is a 2 week break for the September/October school holidays)

Women's All Age will be offered at Blackman Park, even though it is not listed on the below image. 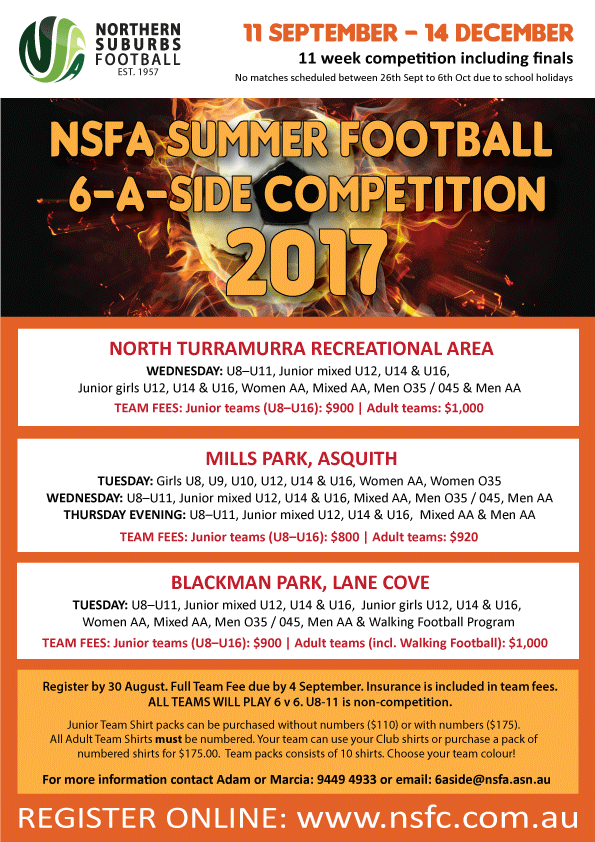